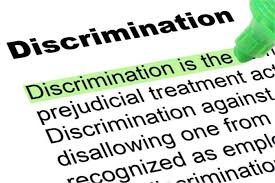 From the last chapter ‘Unity in Diversity’ we got the real meaning of diversity. In this chapter we will try to understand why this diversity exist? And how it is related to society? So in further reading you will get the summary of NCERT class 6 chapter 2 of Political Science, Diversityand Discrimination.

You can imagine how diverse is India by reading this –

Every activity of our is related to the geography or the history of that place in one way or the other like the festivals we celebrate, the games we play, the food we eat etc. when we found a person looks very different from us we find them strange and unfamiliar. And therefore people also form different kind of attitude and opinion about the people who look different from them.

Prejudice simply means as judging other people negatively or see them inferior. Like for example, if we think that English is best language and other are not, so in that case we are seeing other language in negative ways and assuming inferior to English. This is only one example there can be prejudice in different things like religious beliefs, skin color, place they lived earlier, their dressing sense, accent etc.

We often here some phrase like ‘you are boy. Boy don’t cry’, ‘girls are soft spoken and gentle’, ‘girls are emotional’ etc. these are the phrases that have been made by our society. This are called as stereotypes. So when we fix people or group of people into one image we create a stereotype. Like boy don’t cry, this is an image of boy that has been created by our society and because of such stereotypes many people prevent themselves doing certain things in which they are good.

Inequality and discrimination occurs when people start reacting on the basis of prejudices and stereotypes. They start putting others down, stop them for some activities, stop them to get jobs in certain area etc. is the discrimination that they are doing with others.

Discrimination can be because of many reasons for example, economic background, race, caste, religion, residing area, culture etc.  there are professions of ones like teaching, carpentry, pottery, weaving, farming, fishing is considered as more valuable than others like cleaning, washing, cutting hair etc.

Dalit is a term which is used for lower caste people or say ‘untouchable’. This prejudice discriminates peoples on the basis of their economic background and therefore they did not get their right equally. Government called such group of people as scheduled caste (SC).

Dr. B R Ambedkar born in 1891. He was known as father of the Indian constitution and best known leader of Dalit at that time. Dr. Ambedkar fought for the rights of Dalit. He was also a Dalit born into a Mahar family. Mahar caste was considered as untouchable; they are poor with no land. They lived in the margins of villages because they are not allowed into the village areas.

Dr. B R Ambedkar was the first person from their community who completed his graduation and became a lawyer. He fought against prejudice and stereotype of Dalit. Later he changed to Buddhism because it treated all people equally. He died in 1956.

Thank You! I hope you liked this summary of NCERT class 6 Chapter 2 of Political Science named as ‘Diversity and Discrimination’. Please comment below if you have any thought in your mind.